5 Keys To A Great Night Sleep 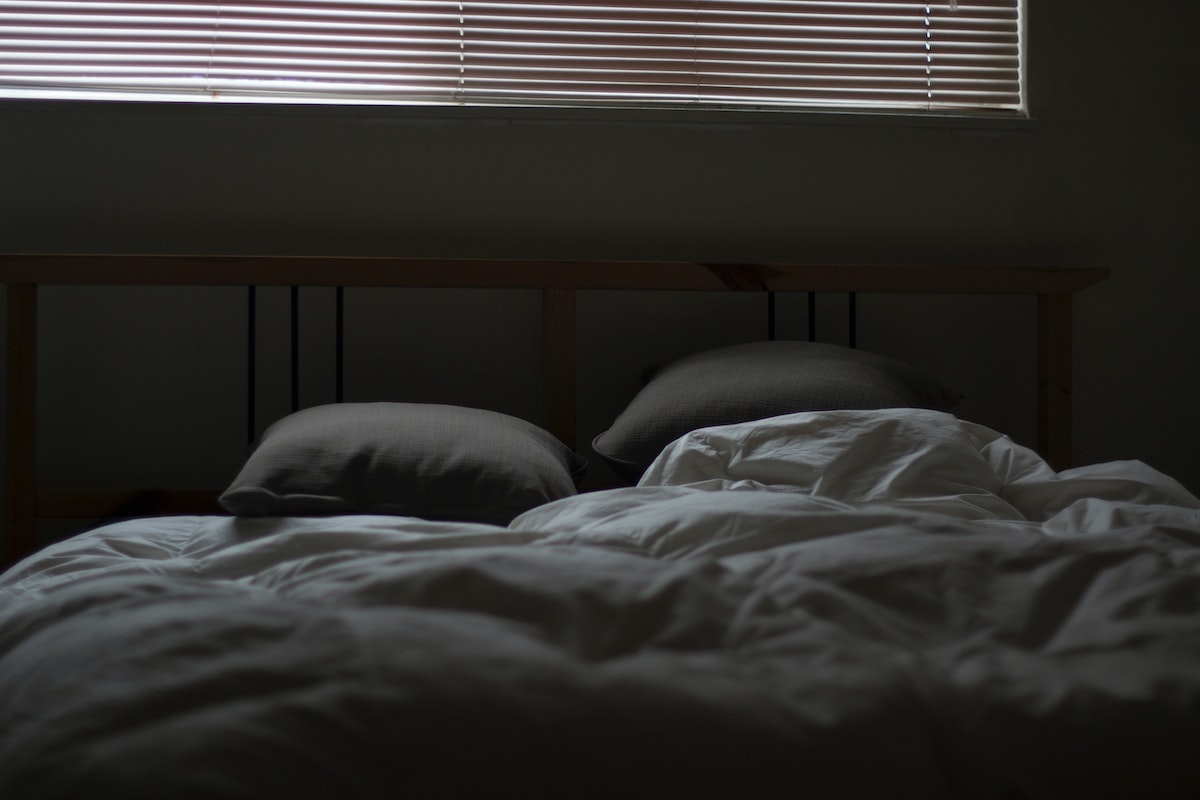 Sleep is a fundamental part of everyone’s health regardless of their goals. While sleeping the body cleans, repairs, and rebuilds itself in such a way that it could never do the same while the body is awake. Whether you are an athlete or just trying to improve your health in small yet profound ways, sleep is certainly an important area to focus on and improve. Too often we focus on ‘how many hours of sleep?’ and ignore the second and just as important part, the quality of sleep. We should equally focus on ‘how is the quality of my sleep?’. I don’t know about you, but I have woke up feeling fresh and ready to go with just 5-6 hours of sleep. On the contrary, I’ve slept 9-10 hours and woke up feeling sluggish, tired, and slow. While this may have been due to waking up during lighter and deeper sleep periods, the importance of quality cannot be dismissed. Today, I want to share 5 factors that play into sleep quality and how it may affect whether you are falling asleep easily and sleeping well or having difficulty falling asleep and waking up multiple times throughout the night.

1. Reduce Blue light exposure – The effects of screen time on sleep and melatonin production has been a primary focus over the past 5 – 10 years as technology has bombarded our life at every single level. Whenever the body is exposed to blue light, it short circuits it’s melatonin production because the body is ‘told’ to stay awake. When we stare at screens emitting blue light through the evening we are cutting our body short of its natural melatonin production making it more difficult to fall asleep and sleep well. I know it’s near impossible to avoid blue light at night unless you are living in some cabin in the woods with no electricity. There are a handful of ways of combating this issue. First, most devices now allow you to turn on ‘night mode’ during a set period of time which tones down the amount of blue light your device is emitting. Second, you can invest in a pair of blue light blocking glasses which help block the amount of blue light coming in. I personally use blublox crystal glasses and I’ve noticed a difference. Thirdly, I try and get outside for at least 30-60 minutes a day to expose myself to natural light to balance out the artificial amounts I’m exposing myself to every day.

2. Minimize Big Meals Prior To Bed – Eating a meal close to bedtime (1-2 hours before) can become an issue that will affect sleep quality because the body has to spend energy digesting your food before it can really shut down and focus on repairing the body in deep sleep. Along with that, eating to close prior to going to sleep can cause issues like heartburn and acid reflux. Some people have difficulty digesting higher fat (typically saturated fat) meals while others may be more affected by high carbohydrate meals that makes their blood sugar levels sky rocket. I personally adopted the 3-hour rule of not eating anything 3 hours prior to sleep as well as avoiding a large amount of liquid 1 hour prior to sleep. It’s helped me stay asleep (by avoiding the need to go to the bathroom) and sleep better overall. Becoming more aware of foods & meals that take longer to digest or make falling asleep more difficult can help you better plan a potentially earlier time to consume such a meal that it will not affect your sleep as much as it would later at night.

3. Cut Caffeine Intake By 3pm – Caffeine is a great substance for keeping the body alert, focused, and energized throughout the day. The issue with caffeine is that everyone metabolizes it at different speeds. Some people can kick caffeine out of their system within 3-4 hours, others it can take up to 8-10 hours. I always thought caffeine was never an issue for me because I’d have caffeine in the early morning. Soon enough I discovered a hidden culprit of caffeine, chocolate. Chocolate has naturally occurring caffeine. Whether it was milk chocolate or 80%+ dark, a fair amount of chocolate at night can easily disrupt your melatonin production and keep you rolling around in bed at night waiting until the body decides to bring you into sleep.

4. Keep A Cool Room Temperature – I always thought It was out of preference that I preferred a colder room whenever I slept until I found data that backed up my preference. Sleeping in too hot of a room can disrupt our body’s natural internal temperature regulator thus disrupting sleep. Studies have pointed towards anywhere from 65-70 degrees being the optimal range for sleep quality. One study found that during the summer months is when individuals reported the most frequently disrupted sleep due to higher temperatures. Another researcher found that the body slows down melatonin production when the room temperature surpasses 70 degrees.

5. Remove Potential Food Intolerances – Whenever you consume foods that your body is intolerant to the digestive system has to work much harder to process and break them down. This often results in excessive inflammation in the gut whether you feel it or not. Food intolerances can be discovered through an IgG food intolerance test (I took my through Everlywell). Also, food intolerances can be discovered anecdotally, whenever you sense patterns of acid reflux, digestive problems, or heartburn eating the same food, it is more often than not that food in your routine is contributing to that.  Along with food intolerances, research has shown that high histamine foods can cause insomnia and poor sleep through excess inflammation. High histamine foods include cheeses, fermented foods, roasted nuts and seeds, grains such as gluten, alcohol, and nightshade plant foods (tomatoes, spinach, and soy).

Struggling With Flexibility? Consider This…

What Is Collagen + Why It Is So Important For Athletes