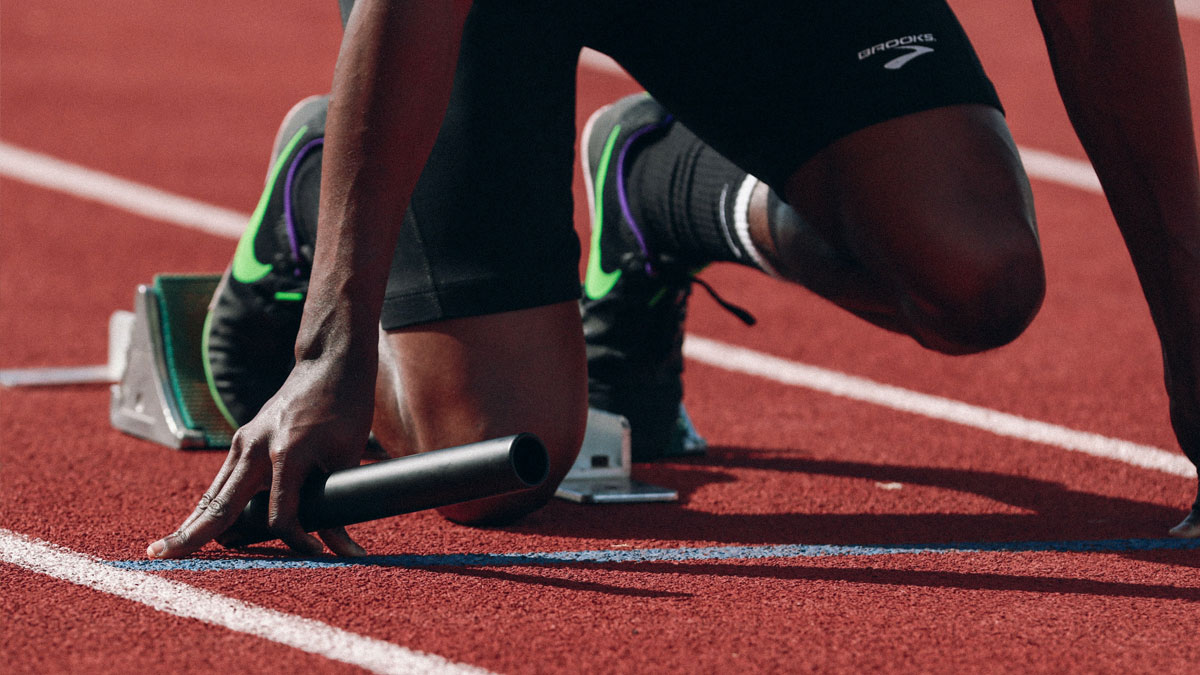 Ready, Set… the gun fires, and the sprinters burst out their blocks.

While reaction time plays a role in a good start, proper mechanics to the block start can make a big difference in sprinting events.

A great sprint race start will have…

If sprinting is new to you, learning how to start out of blocks will be very important. After you learn how to set your blocks (see videos below), practice your ‘set’ position over and over and over. You should spend a lot of time getting into the blocks, going into the set position, holding… holding… and bursting out. Don’t practice the starting sequence so quickly that it does not simulate race day timing. It needs to become something that’s very, very familiar.

On race day, with the races that precede yours, listen, close your eyes, and concentrate on the starter’s gun timing.

In the set position, your hips should be slightly higher than your shoulders. The back must be straight. Don’t be hunched over in the set. You can’t create power from a hunched position. You need to have a flat back with your head in line with the back to make the transition during the acceleration phase easier. If the head is down, it forces your hips to drop. So your head needs to be in line, not down and tucked, but in line with your spine.

Notice the athlete in the photo below:

After the gun, the lead arm should not be muscling out, but flicking out. Think of a lizards tongue snatching a fly. It’s not straining, it’s just a ‘flick’. If you can react as fast as you can with your lead arm, to the gun, everything else will take care of itself.

It’s like you’re snatching that fly out of the air with your arm. You want to flick the arm out. And when you do that you’re sending impulses back through to your lower body, getting everything started.

The most popular mistake we see young athletes make is they pop straight up out of their blocks. You want to burst out of the blocks staying low, head  down, with your body at a 45-degree angle and gradually work up to your running tall position.

The videos below start with the shortest and simplest explanation and then advance to more complex.