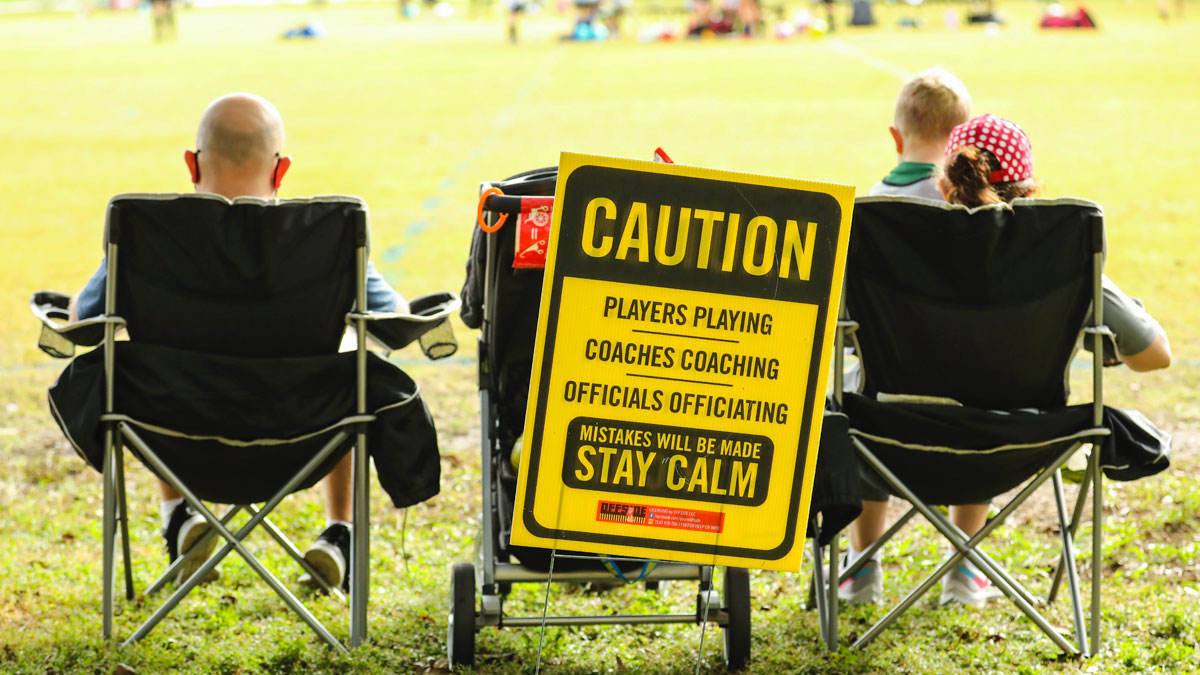 Coaching youth sports is both exciting and rewarding. While teaching young athletes about the sport they love, youth sports coaches also have the opportunity to instill important values and traits in their players—values and traits that will last a lifetime and extend far beyond the field or court. However, it would be a mistake to assume that directing a youth team is entirely enjoyable. Youth players are typically positive and agreeable (and for good reason!). However, an occasional dissatisfied parent misdirecting their anger towards a coach is an all-too-common occurrence. Moreover, even the most patient coach in the world will get the urge to respond to angry parents with anger—to fight fire with fire—but this can alienate the parent’s blameless child, upset other players, and even result in the loss of the coaching opportunity altogether. It’s important to know how to deal with angry and difficult parents as a youth sports coach. Let’s take a look at some tips are sure to make the unpleasant incidents as simple, straightforward, and quick as possible, for both coaches and the angry parties!

The first step youth sports coaches should take before addressing angry and difficult parents is simple: count to 10. Thomas Jefferson famously recommended the course of action if one was rather angry, and if one was very angry, Jefferson recommended he or she count to 100! However, the latter count would undoubtedly be too long, when speaking with a troublesome parent, lol. Counting to 10 will allow coaches to calm themselves down and avoid snapping at the most likely time—the beginning of a dispute—and also, it will allow a more precise and careful response to be issued. Similarly, upset parents will also be granted the opportunity to cool off—that they’ll have no choice but to take such an opportunity is important, as it’ll work to reduce the intensity of all subsequent dialogue. This quick count will reduce the fierceness of an angry parent, benefiting players and the disagreeing parties in the process.

Youth coaches should always be polite when addressing angry and difficult parents—even if they’re screaming, yelling, and jumping up and down. Better yet, coaches should be polite especially when parents are screaming, yelling, and jumping up and down. Maintaining a polite and calm demeanor may inspire the agitated parent to do so also. Moreover, doing so sets a positive example for the players and other parents watching. Perhaps most important of all, failing to be polite, and resorting to insults and other undesirable courses of action often causes angry parents to become angrier. The pitfalls of this point, from physical escalation to law-enforcement involvement, are obvious, but the bottom line is that the blameless players suffer the most.

3. Explain the Situation with Relevant Facts

Rather than defending themselves, coaches who are faced with an angry and difficult parent should promptly answer his or her questions with logical and reasonable accounts of the situation. In other words, responding with indirect (albeit true) information to a parent only prolongs the uncomfortable dialogue with him or her. Additionally, relying upon reason and fact is, as many law professionals like to say, the best possible defense to any accusation. Coaches faced with raging parents should take it a step further and rely only upon completely relevant reasons and facts.

Arguments between adults might get intense, but with some craft and time, they can be regarded as simple missteps in the grand scheme of things. On the contrary, young individuals take note of nearly every word and experience they encounter. As such, it’s the duty of youth coaches to not make any of their players feel bad amidst a parent dispute, and also, to not treat any players differently (and certainly not worse) following a parent dispute. Again, the fact that players are essentially innocent bystanders to their parents’ anger and difficulty cannot be understated.

The other listed tips are sure to help any youth sports coach deal with angry and difficult parents. But, how a coach responds to said angry parents is just as important as how a coach acts after dealing with angry parents. Becoming moody or irritated will accomplish nothing besides upsetting players and encouraging them to respond to adversity of their own in non-optimal fashion. Simply put, a youth sports coach can do more good by simply brushing off difficult parents and resuming coaching. As was stated initially, the undeniable benefits of coaching youth sports far outweigh the potential drawbacks. Thanks for reading, and good luck coaching!

Struggling With Flexibility? Consider This…